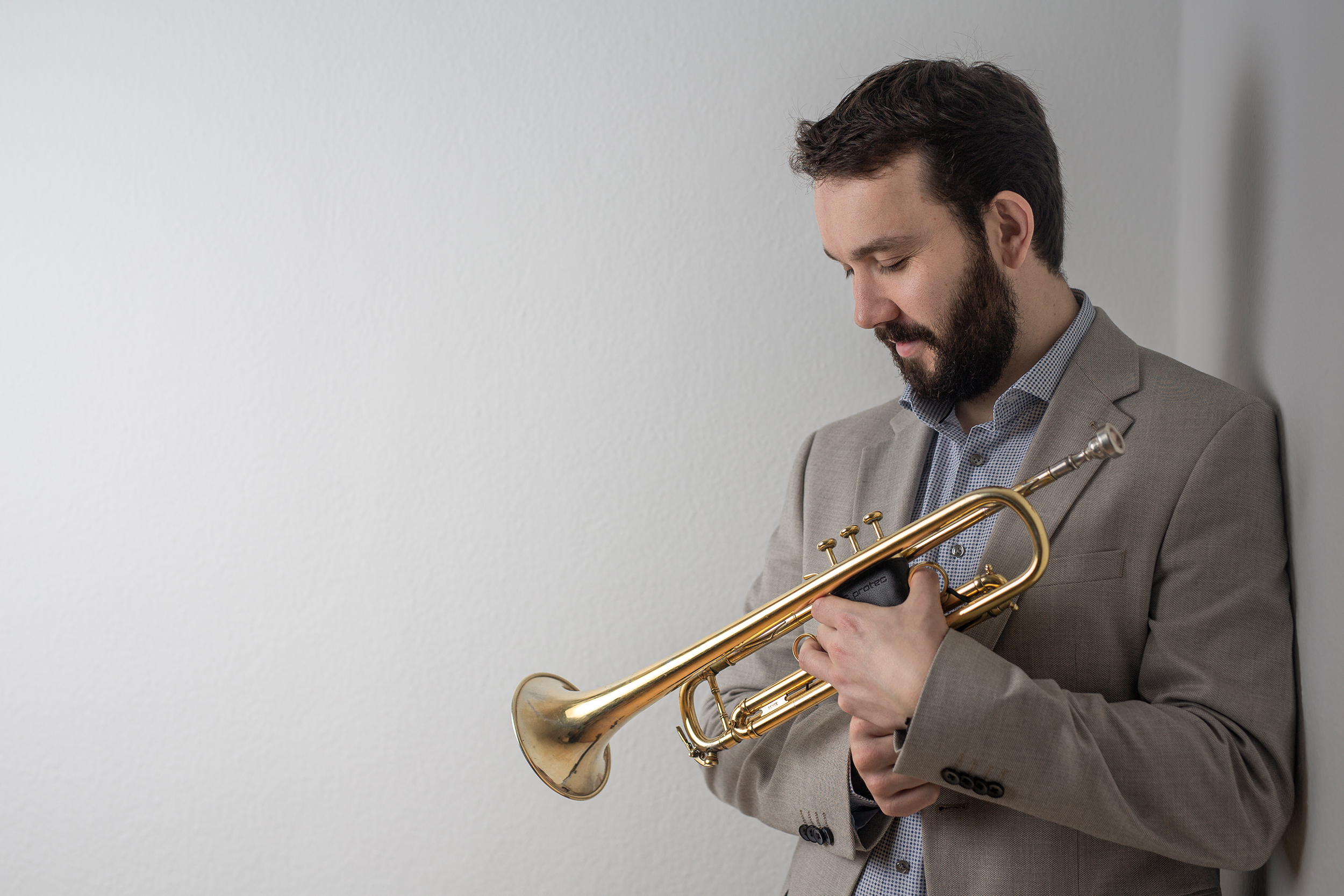 He grew up in the south of Austria (South Styria), after several years living and working outside of Austria, he is now living in Graz(AUT). Over the years he has been collaborating and working with a number of projects and bands and Ensembles all over Europe. A couple of them he is a regular member, for instance Christian Muthspiel und Orjazztra Vienna, CAO - Concept Art Orchestra (CZE), Void Quintett, Ed Partyka Jazzorchestra, Vincent Veneman 10, Styrian Jazzorchester, S.P.E., Stephane Escombes El4ctric, ... check Sideman / Links

His studies of music where the source all the development. He had been studying at the J.-J.-F. Conservatory and later at the University of Music and Performing Arts Graz in the Jazz Department. Several appearances on Masterclasses, Competitionens or as well student representative of the Jazz-Department at the IASJ or also member of the HGM (Hrvatska Glazbena Mladez) Jazz Orkestra Zagreb shape this period and many of the collaborations from then are still on till today. Between 2013 and 2016 he left Austria to study at the “Conservatorium van Amsterdam” (NL) and also for 1 Semester at the prestigious “Manhatten School of Music” in New York City (USA).

Besides working a lot as a Sideman, he is constantly working on his own projects as a leader as well as a composer and main member:

Gerhard Ornig Trio is his main personal project, which is put together with Matt Adomeit (USA) on Bass and Attila Gyárfás (HUN) on Drums. The 3 friends started to play together in Amsterdam, when they all had been living in Holland and since then they can look back to some nice little Tours, concerts as well as workshops. 2017 they released their 1st album "First Flow" on "Freifeld Tonträger" and in a few months the 2nd album will be released to public.

Another co-production of him and the Latvian Saxophone player Toms Rudzinskis led to their first LP on Jersika Records “Locomotion”.

On all of those projects he often taking part in the composing and arranging of many songs.

In 2015 Gerhard got awarded as the “Best Trumpet Player” as well as the “Best Improvised Jazz Solo” at the Riga Jazz Stage-Competition.

For several years now, music education, learning to play the trumpet, introductions and lessons in the world of improvisation have been an important and important point in his work and also contribute a lot to his musical creativity. In recent years he has acted as a lecturer and actor in numerous workshops, lectures and masterclasses, including several times at the "Ventspils Groove Festival" in Latvia, Liepaja Music Festival (LVA), City Jazz Big Band (LVA), Graz Composers workshop (AUT) Jazzkukko Festival (Finland).
If interested in a private lesson, simply contact by phone or mail me Contact-Form

We use cookies on our website. Some of them are essential for the operation of the site, while others help us to improve this site and the user experience (tracking cookies). You can decide for yourself whether you want to allow cookies or not. Please note that if you reject them, you may not be able to use all the functionalities of the site.